In 2017 it was “Elvis”, this summer it was the turn of “Annie”, another helicopter S-64 of Erickson Aircrane, which Ecocopter brought to Chile on behalf of the company Arauco, for the combat and prevention of fires.
“Annie” was operative from December to March between VII and IX regions to protect the interface zones (those where limits the forests with populated or industrial areas), carrying out more than 270 water shoots, equivalent to more than 1.300.000 liters. 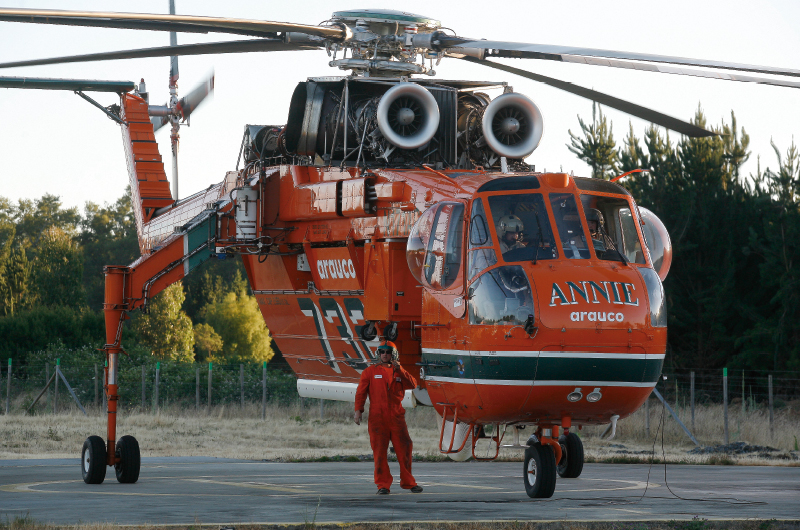 The S-64 is the most efficient helicopter in the world for fighting forest fires. It can load 10.000 liters in 45 seconds perching on a water source, and download it in eight different modes, from partially, until the complete discharge of 10,000 liters in three seconds.

TRIBUTE TO INCA CHILD IN THE HIGH MOUNTAIN RANGE

OUR FLEET COMPOSED BY 12 AIRCRAFT H125